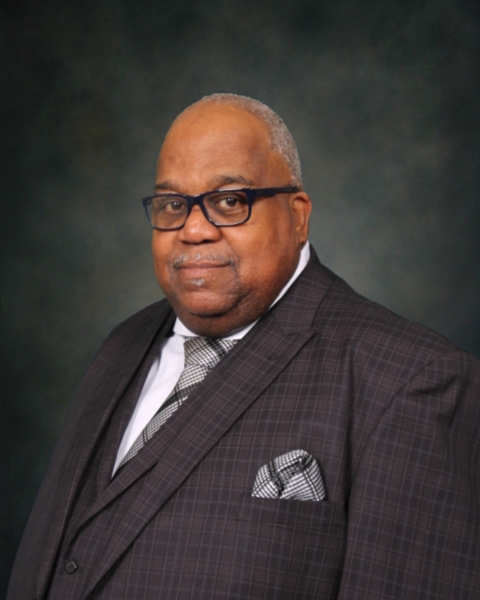 Rev. Gerry T. Anderson has served as the Pastor of the New Macedonia Baptist Church (NMBC) in Riverdale, Georgia since 1987.  Under his leadership and the will of God, NMBC has grown tremendously.

Prior to serving at New Macedonia Baptist Church, Rev. Gerry T Anderson joined Chapel First Baptist Church in Scottsdale, Georgia where he served humbly as Junior Deacon and faithfully as a member of the Choir.  While serving at Chapel First, Rev. Anderson received the call to preach God’s word. In 1981, he was licensed and ordained at Little Vine Baptist Church in Tyrone, GA while under the anointed leadership of the illustrious Pastor H.H. Dyer. Rev. Anderson continued to serve and learn from Pastor Dyer at various ministries throughout the state of Georgia. In June of 1987 he was called to the Pastoral position of NMBC, where he has served faithfully and humbly since 1987.

Pastor Anderson received his Bachelor of Arts from Beulah Heights University in Biblical Studies. He earned his Masters Degree in Theology from Andersonville Theological Seminary.

Pastor Anderson is not only the Pastor of New Macedonia Baptist Church, but he is also a devoted husband, father and grandfather; married to the phenomenal Rev. Vanessa Anderson and father to three children and a host of grandchildren.